Graduated in Agronomic Engineering (1988) and Master in Genetics and Breeding (1991) from the State University of Londrina and PhD in Agronomy (Genetics and Plant Breeding) from the Luiz de Queiroz School of Agriculture (1995). He is currently a researcher for the Brazilian Agricultural Research Corporation, at the National Agricultural Research Center-Embrapa Soja. He is also a collaborating professor in the postgraduate course in Genetics and Molecular Biology at the State University of Londrina. He is currently a member of the Internal Technical Committee and the Internal Biosafety Committee of Embrapa Soja. Currently he is also the Leader of the National Soy Improvement Project at Embrapa Soja, working mainly on the following themes: soybean cultivars, adaptability and stability, and genetic resistance to insect pests and diseases such as Asian rust.

Francismar Correa Marcelino is a biologist graduated from the Federal University of Viçosa (2000), where he also took a master's and doctorate course in Genetics and Breeding (2006). She did her Postdoctoral (2011) in Molecular Plant Pathology at Iowa State University (US). She is a researcher at Embrapa Soja, working in the Molecular Genetics of Plants area, focusing on plant-pathogen molecular interaction, in the lines of transcriptomy research in response to infection by phytopathogens (P. pachyrhizi and nematodes), effector characterization and functional genomics in soy. It also acts in the identification and validation of SNPs markers via genetic re-sequencing strategies for application in assisted selection for the development of soybean cultivars. She is a professor and advisor at the State University of Londrina in the postgraduate course in Biotechnology and Genetics, and in Bioinformatics at UFTPR. She has experience in the fields of Plant Molecular Genetics, Plant-Pathogen Molecular Interaction, Biochemistry and Biotechnology. She has supervised / co-supervised several students with scientific initiation, doctorate and postdoctoral degrees in the different lines of research she works with. 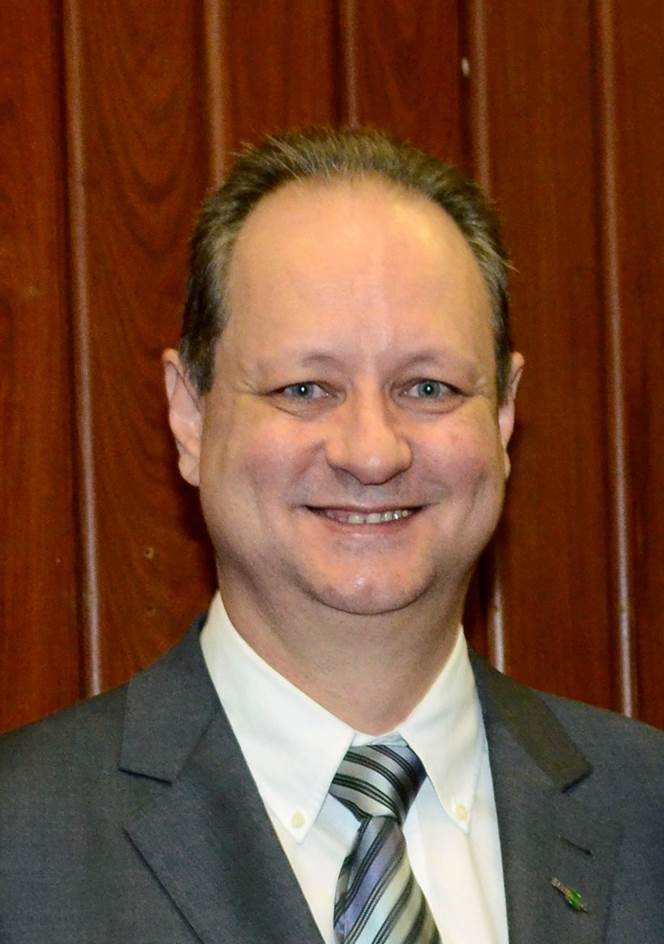 Researcher at the Brazilian Agricultural Research Corporation (EMBRAPA) since 1994, working in the field of Molecular Genetics and Soy Genomics. Graduated in Agronomy from the Federal University of Viçosa and doctorate in Agronomy (Genetics and Breeding) from the University of Nebraska, United States, in 2004. He currently participates in several research projects and led the multi-institutional projects "Technological Platform for Integrated Management of the Asian Rust of Soy "(FINEP) and" GENOSOJA - National Consortium for Studies of the Soy Genome "(CNPq), in addition to leading projects of Embrapa Macroprogram 2. He is currently an accredited Professor of the Genetics and Molecular Biology program at the State University of Londrina (UEL), having supervised and co-supervised master and doctoral students at the said university. He also serves as co-advisor at the Federal University of Viçosa (UFV), UNESP-Jaboticabal and State University of Maringá (UEM). He coordinated PROCISUR's "Functional Genomics" Platform for five years, and currently serves as a member of the International Soy Genome Consortium and served as an elected member of the Soybean Genetics Committee (2009-2012). In 2009 he was elected to the "Continuing Committee" of the World Soybean Research Conference (World Soybean Research Conference) for the period 2009-2020, and in 2013 he was chosen as President of the "Continuing Committee", for the period 2013 -2020. He was President of the Organizing Committee of the VI Brazilian Soy Congress (CBSoja 2012). He was a member of the National Technical Commission on Biosafety (CTNBIO) from 2012 to 2014. In the management area, he was Executive Secretary of the Internal Technical Committee (CTI) of Embrapa Soja, from 2010 to 2013 and since 2013 he is the Deputy Head of Research & Development Embrapa Soy. Since 2013 he is a member of the Sectorial Chamber of the Soy Productive Chain, linked to the Ministry of Agriculture.